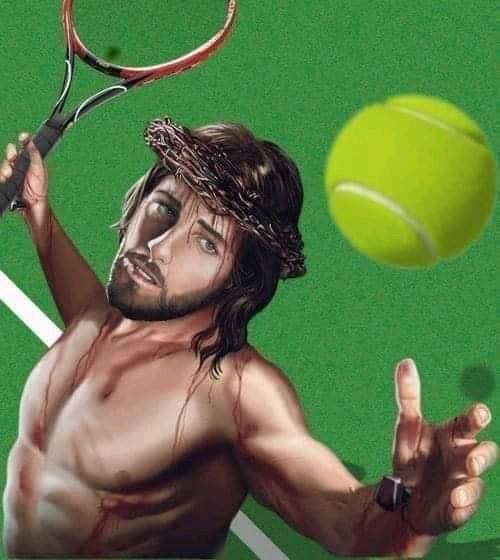 The Djoker came into this country on a valid visa issued by the Commonwealth government. He had Tennis Australia and Victoria Government all assisting. He entered this country lawfully.He also entered into a political shit storm.

A broken Federation, a broken aged and hospital care system. A mental health crisis. Economic woes, small businesses going bust.Our illustrious leaders, of the Left and of the Right, those who over 30yrs have destroyed manufacturing, and all other value-adding industries, who have enabled neo-liberalism to rip through all the institutions you continue to pay top dollar for with your tax and common wealth, those illustrious leaders in charge of bloated institutions which are no longer fit for purpose nor effective were left scrambling for scape goats.

These same illustrious leaders couldn’t even order enough RAT tests (incidentally most made in China) to allow for a semblance of movement during the only season most had to make up for two years of deprivation and chaos. A wealthy country which can’t manage a pandemic has created a witch hunt against a minority to avoid owning up to the incompetence of our public officials who can’t lead, steer, guide, who are sending us all fiscally and morally bankrupt with their incompetence.

A wealthy country which hedges its bet on a vaccine-only policy, now dealing with the ramification of experimental novel vaccinesthat do not provide for heard immunity as they promised, do not prevent transmission nor infection, as they promised. A vaccine which does not prevent death even for the double jabbed and boostered.

Oh, let’s make the 5%, those deplorable “un-vaxxed” responsible for lack of hospital care, for the lack of beds, not the decades long systemic neglect, theft, corruption and abuse. A healthy, non-contagious, successful, freethinking, freeman was to be taught a lesson to hide the incompetency of your illustrious leaders.

He was snared, and locked up twice. He was used and abused for nefarious political purposes. The mobs’ vengeance was stirred into a frenzy. All tyrants know how to whip up the mob’s frenzy, especially a tyrant from marketing, who practiced the art of creating fear and loathing with refugees. Djoker came into this country with a valid visa for a valid purpose, he had gained natural immunity, he committed no crime.

Yet his freedom of movement, association, freedom of conscience, freedom not to have forced medical procedure, freedom from arbitrary arrest and detention all evaporated because the demagogues know very well the psychosis of the mob which just likes to rip apart a man when he’s snared, deprived of his liberty, kick him when he is down, when he is the least powerful up against the might of the Leviathan.

He was politically persecuted for expressing a view on a medical procedure some 2 years ago and made an example of to send a chilling message to you all.Know this much, there is a real risk that one day soon all of you are going to be that one singular being up against an oppressive regime and you too will realise that all the rights you thought you had were illusions, the same chimera that keeps you all enslaved and in the dark.

I’m so deflated. Here is my parting advice: Let’s all just remain silent, like “good-little-Germans”. For unlike the Djoker, we have none of his talent, nor his wealth to fight the Levathian, lose and escape it. Unlike the Djoker we are stuck in this island prison with no way out.