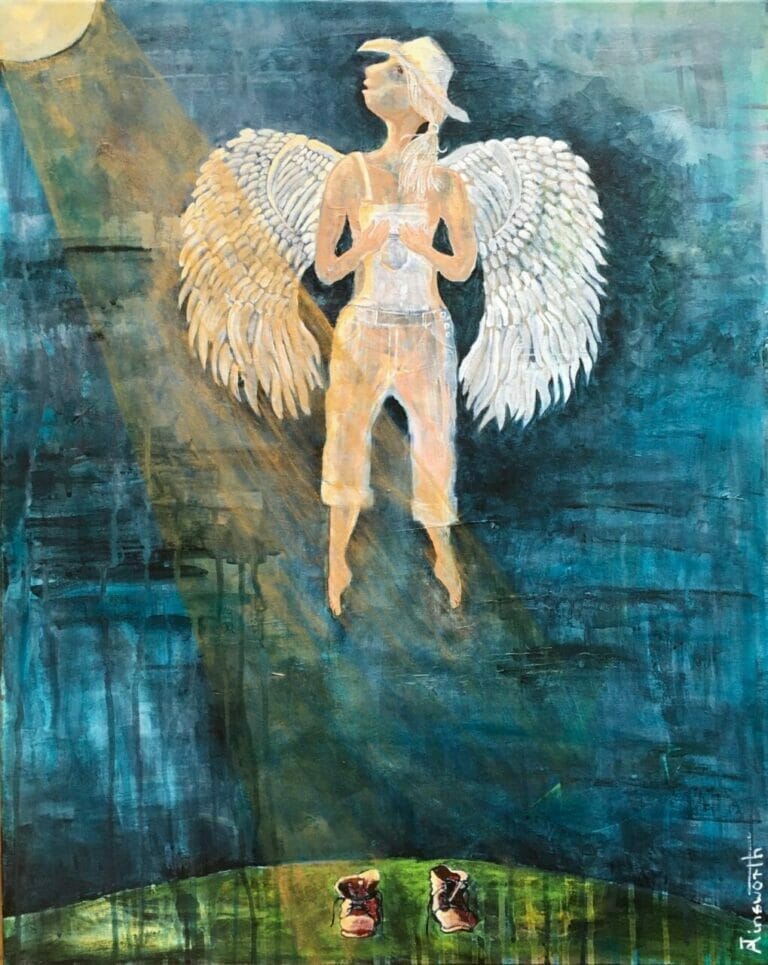 As a matter of fact, nothing is proven.

We are all leaving to a certain degree. As we all have already left once and figuratively speaking: down, into the dust of the formative world to be allowed the experience of ascension. Do you ever feel unworthy of that? If so, then, that's your moment. Be brave!

As one can't leave what has been already left and one can't ascend to what hasn't been fully descended. And only those who descended the most will ascend, but not the last. As the last is not the past, and the first doesn't count as by the first, if ever, there has been no second. It all just happened!

There's no time to loose. Not in ascension nor in a descendre. But it is an imperative of every moment to: Leave now! Leave now!!

AND ….another new painting ('Leaving') from Jess who has her 2nd online exhibition of 30 paintings coming up SOON: 28th November - 12th December. We'll share the link to the exhibition on the morning of 28th!

In the Mean-Time, Listen to some Music

Once open, for body, there's no way back patching the source. But open source. That's no-body. Extra corpus.

How radically I miss you right now!

it is an imperative of every moment to: Leave now!

And what the hell is it?

It's very simple. It's the big time to pay back. And pay back with whatever you've got. And although one can't, as is taught that one does only if one must, but against all odds one always has this intermittent ability to say yes, and then, one does pay it back, although one wouldn't need to and one even isn't asked to do so.

But what? Wait? What is there to be paid? O can't tell you that. You have to find out. Or better, ask Linsey Pollak 🙂