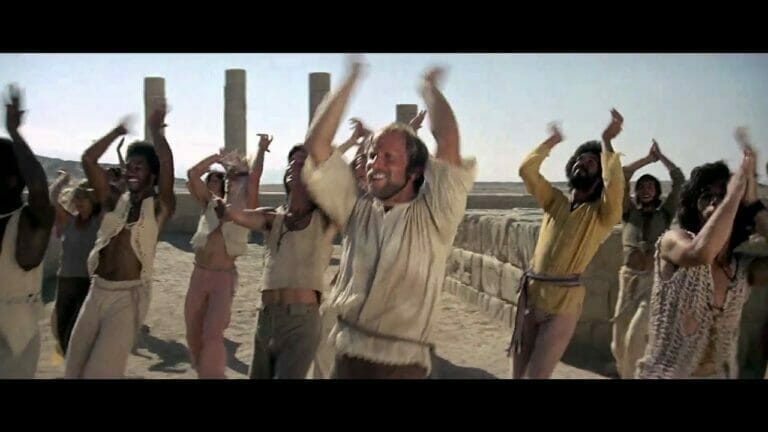 When walking through that bloody desert, for days and burning out of thirst, and when thinking that I have finally found, at last, what I was after, that is, the place where he once left his time after his famous 40 days of seclude.

Oh well, I came upon that particularly soft spot and there it was now, an ice cream shop!

All pink and with all kind of sweets, all cold and easy to burn drinks, and punned with the ice creams, some seen and some not.

And when I asked if that was the place where he has once been, and they knew who I was after, just no one mentioned his name, they did confirm my predictions and welcomed me there with their big smile, full with golden teeth, and full with silver, and with diamonds engraved there upon, and with those big eyes shining out from the deep dark holes as the pearls do shine, when found, from deep sea shells, and they asked:

And I had to refuse. So kindly, the need, and the passion to get, what everyone feels after a long walk through a desert, for an ice-cold coke, or a beer, or right here, an ice cream perhaps, and I said: "No thanks!"

And then you should see, when I did refuse, they went berserk!

The ice cream shop just disappeared, like a 'puf!', which it did, and then they came, in hundreds out of nothing, and they did a spectacular show, and they sang, as they would be mad with the singing, and they danced, as I haven't seen anyone dancing before.

All those ghosts, I thus thought, all those from behind, from some pasts, and all the lovers of those, these the most, and of those, of the luminary mind.

So, it seems to me that the power of the desert isn't so much in its unfriendly environment and its scorching heat, but in the aftermath of the immediate effects that it has, by the influence of mind, to affect the delusions to particular states, and the taste buds, to go berserk, utterly wild.