Once, We Were Born, Naked 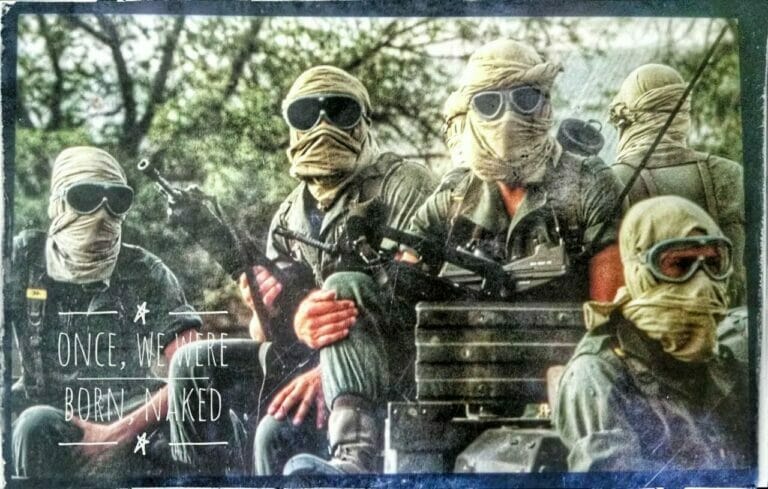 Subtitled: FOR AN OTHER PHOTO (a sketch)

Once, we were born,
naked, as from an other mother,
each, in a different home
and they clothed us, each,
with all different presents, of which,
almost all, and what we've got, was
of the times immortal, and as such,
almost lost, by the infinity of population,
so vocative, and unscrupulous, as the lands
from which the bread, we were made of,
and of which the wine, we were celebrated in,
as heroes, sinners, saints, and other names
they gave us, to distinguish the brothers,
and to divide the lands, of a promised glory
and the greed, that has been spilled, to move
in the silent nights, when a blood,
that has been carrying our hearts,
throughout the days, of aeons,
and since the very beginning,
hasn't been tasted, and it has been real.

And you knew it! You knew it all!
You couldn't forget! You can't. You won't.

As soon as we met, we stripped our clothes
and dropped the medals, and the past,
and future, stripped of all the glories.
And we chose, once again, the blood,
and the brotherhood, that day
by the burning will and unbroken desire,
in the light of the world in which we trust
and do hope, for its returned glory.
Therefore we chose for ourselves, naked again,
those simple clothes, props, and tools,
not to distinguish, but to unite,
not to disrespect, but to take on
a simple fight, which we must,
and are obliged to, in this time,
which was then, and which will be
for the 1000 times, all over, again and again.

As this is who we are, as we are none,
and as the none, who we were,
we are, the none, who will be.
And thank you for being here,
and while you last, as when this is past
as then it is the time, now once again
for another archive photo.

For an other photo graph..