My Name is Tito 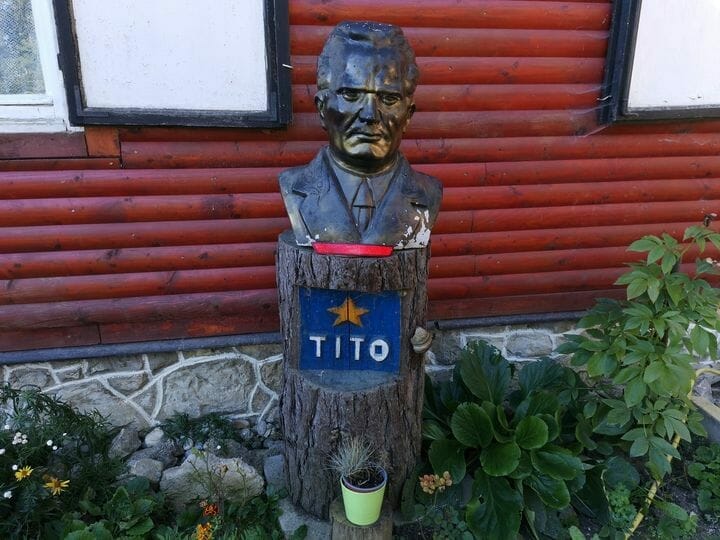 They asked me where I'm coming from so very many times that I simply considered answering it as: "From home."

Then they were telling me that they haven't had the capacity to learn, not how to distinguish 'Slovakia' from 'Slovenia', nor how do they relate, nor how far they are apart. And as well, that they were taught, in their ways and at their schools, just about some 'Yugoslavia', and nothing else. But thay did hear about 'so many' other coutries 'under' that, and Russia. I can't blame them for that.

But they did definitely hear about the name 'Tito'. Yes, they did. Many times. So many times that they even remember it. Although mostly related to 'unfriendly' sides of their memory, it was memorised. And that's for good.

But what I remember mostly is always the same. My grandma threatening this Marshall Tito with 'cutting off his balls', and then being put in prison with her youngly wed groom when she was highly pregnant on one Christmas eve in 1952. And then, in Indjija near Belgrade, where they were dragged away, and while her newly wed groom was tortured by experience, almost doing a suicide, she was held in another prison ward, giving birth to a newborn girl.

There, my mother was born.

There, my grandparents were released back home, by I don't know what means, for the lack of evidence against them. They were held in political prison for helping people cross the north Yugoslavian borders. Fugitives of oppression. Suffering families. Immigrants. And someone in the village, where many snitched, reported them to the police. That secret police. And jealousy. And while the snitch unexpectedly disappeared, they were freed. And my mum, as a little baby, with them. And thus, they abound the route to find new home.

And people are still asking me about my name. And I do introduce myself politely. But if it is not nice to eat while one eats, it is even worse to ask about 'how can I pronounce your name', once introduced. "Can you pronounce it?", they then ask. And I do reply: "No. I don't. You do."

'Tito' has been with us since early 2000. And he watches over our parking place. He's a guard watch. And my granny still despises him, up to this very day. And she can his face, which I don't find funny, if she likes. But she does not. Because she respects the lesson learnt. And because my mum ..