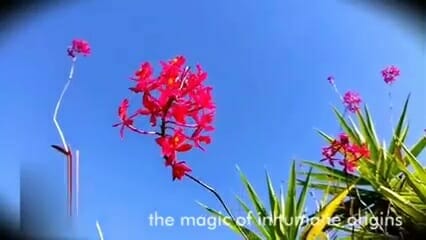 The only thing worth ever falling in love for is that other, inhumane magic. The magic of it is that it's so remote that it's almost impossible to say that it even exists. And it simply is. But not that it would be an objective or even a goal on itself. No. It only serves as an indicator or an indication of that other reality that is present and exists beyond its tipping point. One could say, beyond the indication of the universe. It's present in its absence. So not so much as in 'out of space', or from 'outer space', but not within it either.

It's that kind of impossible to describe that it is the only thing that it is not. But it is. One just has to look for it. Look deeper or wider, or however you want. You won't find it in any direction. That's my advice. Or my experience if you like. And you could have yours. That's alright and I really don't know what your experience is. If only experience would exist, per se. And so one can't care less. And I do care. But don't take me for my word. If that would only be me. And if that would only be saying. Which I'm not in this contradicting statement. It's absolutely not connected with words. Not at all. And you can freely strip me of my being. But I told you. Which I shouldn't. Possibly told you. And lord of the dark magic - thank you my friend.